Evans Syndrome is the evil brother to IMHA and IMTP.

Who can get Evans?

Unfortunately any pet that can get IMHA and IMTP is prone to get Evans syndrome.

The pets known to be effected are middle aged female dogs, especially Cocker Spaniels, German Shepherds, Poodles, and Old English Sheepdogs. The same as the other immune mediated blood disorders, it can happen at any age, any sex, and any breed.

How Do Evans Pets Look? 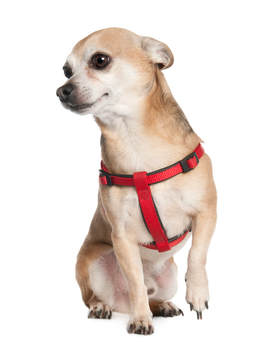 Evans Syndrome patients present with symptoms from both IMHA and IMTP since it is both diseases rolled into one.

IMHA patients typically go to the veterinarian because they are lethargic, depressed (not emotionally, but slower to react and not showing as much interested in normal things), weak, or not eating. During the initial exam by the vet, they may notice the pet is very pale (usually by looking at the gum color), or they could be pale and jaundice (the skin, gums, white portion of the eyes, are a yellow/orange color).

For an IMHA patient with sudden, acute (fast) onset of the disease they may collapse.

A less common report for IMHA patients is having vomiting, diarrhea, increased water intake, or eating of strange things such as soil.

IMTP patients present with bruising, either small pin point spots (pettechia) or large bruising. They can have spontaneous bleeding such as nose bleeds (epistaxis), bloody urine (hematuria) or stool (hematochezia), bloody vomit (hematemesis), or other random bleeding. These patients may also be anemic, pale, lethargic, or not eating because they may have had excessive bleeding from not being able to clot appropriately.

Evans Syndrome pets present with all of the above signs. It is important to rule out other causes of low platelets before labeling these patients as an immune mediated thrombocytopenic patient.

What is Evans Syndrome?

​Evans Syndrome, or simply referred to as Evans, is the evil big brother to IMHA and IMTP. It’s a condition when a patient has both diseases concurrently. In other words, the patients body is attacking red blood cells and platelets.

It was first described in 1951 by Robert Evans, a human doctor. He studied 24 patients with variations of IMHA, IMTP, and both, and noticed that they responded to treatments similarly.

It is a rare disease. A review in humans from 1950-1958 of the six of the 766 people diagnosed with immune mediated blood disorders. In a presentation at the World Small Animal Veterinary Association World Congress in 2003, it was reported that of all the IMHA and IMTP cases about 30% of these patients have Evans.

​The same things that apply with IMHA and IMTP apply to pets with Evans. These pets typically do not go into remission easily. They are more prone to relapses in their lifetime. It is crucial to monitor these pets carefully.

Learn more about IMHA and IMTP